Did you hear about the mysterious case of a perfectly preserved In-N-Out burger that suddenly appeared on the streets of Queens? This isn't the set-up of a bad joke. It really was a puzzling event that had the internet lit up with conspiracy theories ranging from art instillations, viral marketing and a few East Coast dreamers hoping it meant In-N-Out would expand its coverage.

The guy who discovered the burger was Lincoln Boehm, a California native now living in New York, and self-described In-N-Out fanatic.

On the streets of Queens, New York!

I AM FREAKING OUT 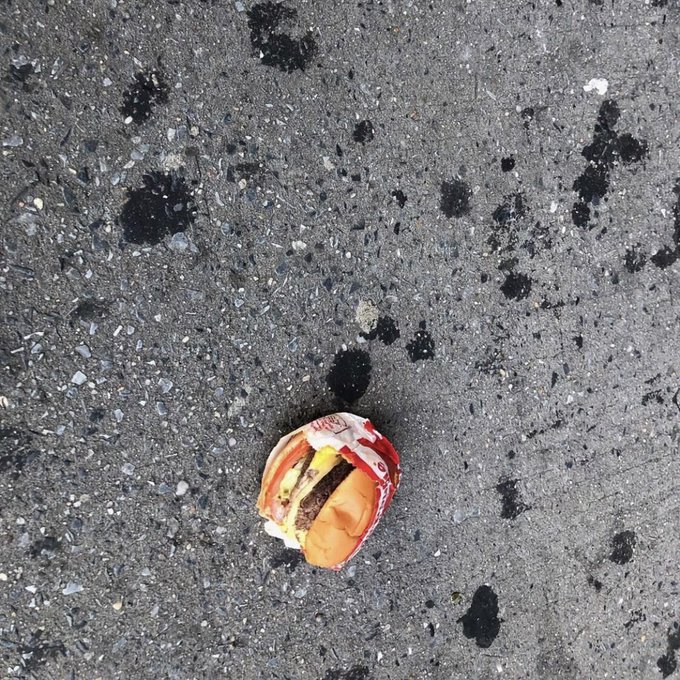 1,009 people are talking about this

Before the mystery was solved (which we'll explain in a minute), Boehm capitalized on the burger frenzy by making T-shirts satirizing the In-N-Out logo with the location of the mysterious burger, the Jamaica neighborhood of Queens. He's selling them for $25 a pop.

In an act of good will, Boehm is donating all proceeds from the T-shirt sales to the New York City food bank.

Now, for the solution to this puzzle: A high school student from Queens went on vacation to California, got a couple burgers to take home, held them carefully during the whole flight back to New York, and then dropped one while chasing a bus. And while no one will have to follow any more intense clues or dig into internet conspiracy theories, these shirts will be a fun reminder of a rare time New Yorkers came together for one common goal: figuring out just how the heck a burger made it from the other side of the continent unscathed.

For fans of both In-N-Out burger and specific Queens neighborhoods, this T-shirt is a must-have. And, you have to hand it to Boehm for not only capitalizing on his own 15 minutes of fame as the discoverer of this burger, but doing it for good by donating money to a worthy cause.

Also, according to Boehm's account of the story on Vice, the girl who accidentally dropped her burger will receive a free T-shirt. It's the least he could do, considering she set this whole thing in motion.

Now, please, In-N-Out Burger, you see the hype that you've generated on the East Coast. Consider setting up shop out here, won't you?